Using social networks to express negative feedback is nowadays a widespread behaviour. It is easy and convenient for everyone to protest on some bad experience directly to the brand’s face on a public social tribune like Twitter or Facebook. But as last years were the rise of haters and trolls, we can see today the appearance of new types of interactions when people are unhappy -or insufficiently happy- with their favourite brand or service. Feedback get more and more wise and argued. No, look! Sometimes this feedback is not just feedback anymore, but ready-to-deploy solutions describing how it is possible for you as a brand to improve customers’ experience. Does this ring a bell? From a product point of you, what your customers are offering you at this moment are UX recommendations.

Who are they, what do they want?

There are plenty of examples (here, here, here) of direct-to-the-source UX recommendations on twitter. As 140 characters make it not easy to develop, it also went to Medium.com:

It is important to note that what these people have in common is to work on Online Development or Product Design responsibilities.

Is this a phenomenon?

Relatively speaking, we can at least talk about a local phenomenon in our industry. Will it expand and generalize to the crowd? Here are some clues that preach for this idea:

These people are passionate, their feedback is voluntary

In all those examples, the requesters went in this process because they were really affected by the mentioned products (positively or negatively). In both cases, they want a BETTER product.

every product is a work in progress, so the following ideas should not be seen as criticism, but rather as inspiration. This is a view of a passionate and heavy user of the app — Alex Muench (link)

As brands manage to build better and better empathy around their products, it would not be surprising to meet such suggestive feedback in other industries in the future.

These people are perfectionist, their feedback is developed

In the 3 first examples above, what turns out is that those people can not get rid of their apps. They are so convinced no other app can do a similar job, that they won’t even look into other ones. But they change in time, and they sometimes need more. They still want your app, no other one, but they want it better. And they will ask for it by suggesting what you should do.

What makes them perfectionist is the use they have of those apps (heavy users), the reason why they chose these apps in particular (they would know how to explain their choice), and the dedication they have to try to make them better again, playing every card they have to get attention from the apps developers: precisely describing problem, introducing technically working solution, and demonstrating the user gain.

These people are product owners / developers … and leaders in influence

Product Owners build new things, they invent tomorrow. They indirectly change how people interact together and with the technology. Products designers lead the change in how people act. They are the ones who give early stuff to early adopters, that will get soon adopted by anyone.

The thing about UX? It’s already all around us. The apps we use everyday, and the commercial transaction we undertake in stores, if you start to consider how clumsy some of them are: you’re starting to see UX  — Dave Mulcair (link)

It does not mean everyone will poke brands through medium.com tomorrow to request the new feature or service they would like to have. What it means is that, following this tendency, apps will get better and better, and people will addicted more and more addicted. As the haters before them, these new aficionados will take control and talk more and more in a constructive manner with the brands. And it is great.

How to deal with recommendations coming to you

Online / SaaS companies, soon or later you will be in the position of receiving these pieces of advices – let’s hope that they would be as developed and interesting as those examples. Companies on social networks learned to answer every kind of social feedback with an amazing agility. But I preach to treat those specific recommendations outside your usual feedback collection process:

1) Pay attention to your customer’s state of mind

People start to understand how Internet works. They understand that it is YOU who need THEM, and not the contrary. They know apps are built around how they feel, act, and that everything is made to make them happy. They start to know their voice will be heard, and that their advices will be considered with care, when they are developed.

2) Don’t forget that they committed themselves in this process

They might have engaged their own name (Jason Fried is CEO at Basecamp), or their time (Mulcair spent 5 hours drawing mock-ups), to try to help you doing better. Do not considering the effort or do not adopting the adequate treatment might lead them to heavy disappointment. And you do not want to lose you best customers. Because yes, by this fact they must be considered among your best customers.

3) Forget your usual process for feedback

Forget about the generic “thanks you @user for your recommendation, I don’t know if we could do something from your idea, but I will let my team know about this”. Do never drive the guy to your customer feedback form as well. He is about to say what he has on his heart. You want it to put that in small cases? Last but not least, do not forget to follow-up when the work is down … even if the release comes 1 year after the request [fr].

4) Actually evaluate the given recommendations

Come on, it is free expertise from the outside, direct from your most fervent customer base. It is gold. It probably won’t lead you to a new killer-feature or game-changing redesign. But it can help your guys figuring out something new happening in your customer base: changing needs, possible improvements, etc.

Anyone who delivers such a work about your product is definitely concerned and implicated. And you look for people able to give feedback about your product. We have a match here. Take the time for a call, invite him in conferences, meet him, take him in your product’s friend list.

Those articles can worth more than a resume for the companies that receive them: (read: This Woman Created a Resume For Airbnb And It Went Viral) these people prove they are actually concerned about your company and product, that they understand your market and that they used your app so much that they have a very precise opinion on what is good or bad for you. May these people be looking for a new project, and you opening a position at UX responsibilities, then they should be in your priority list. 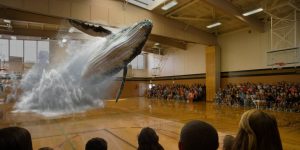 Why Startups Should Not Seek Media Buzz At Any Cost 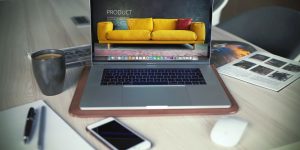 Rating A Design When You have No Design Skills